The first time NASA wanted to send humans to the moon it turned to Draper to develop the guidance, navigation and control system that made that possible. As NASA prepares to embark for the moon once more, it has selected a team led by Draper to support its mission needs once again. NASA has awarded Draper $73 million to deliver a suite of three NASA-sponsored science payloads to the lunar surface. Draper will serve as the prime contractor and will lead a team that includes General Atomics Electromagnetic Systems, ispace technologies U.S. and Systima Technologies, a division of Karman Space & Defense. Team Draper will deliver the payloads in 2025 in fulfillment of Commercial Lunar Payload Services (CLPS) task order CP- 12, managed by NASA’s Science Mission Directorate.

Draper: as prime contractor, will provide the descent guidance, navigation and control system for the lunar lander, and overall program management, systems engineering, integration and test, and mission and quality assurance.

ispace: will serve as the design agent, leveraging use of their made in-the-USA SERIES-2 lander. 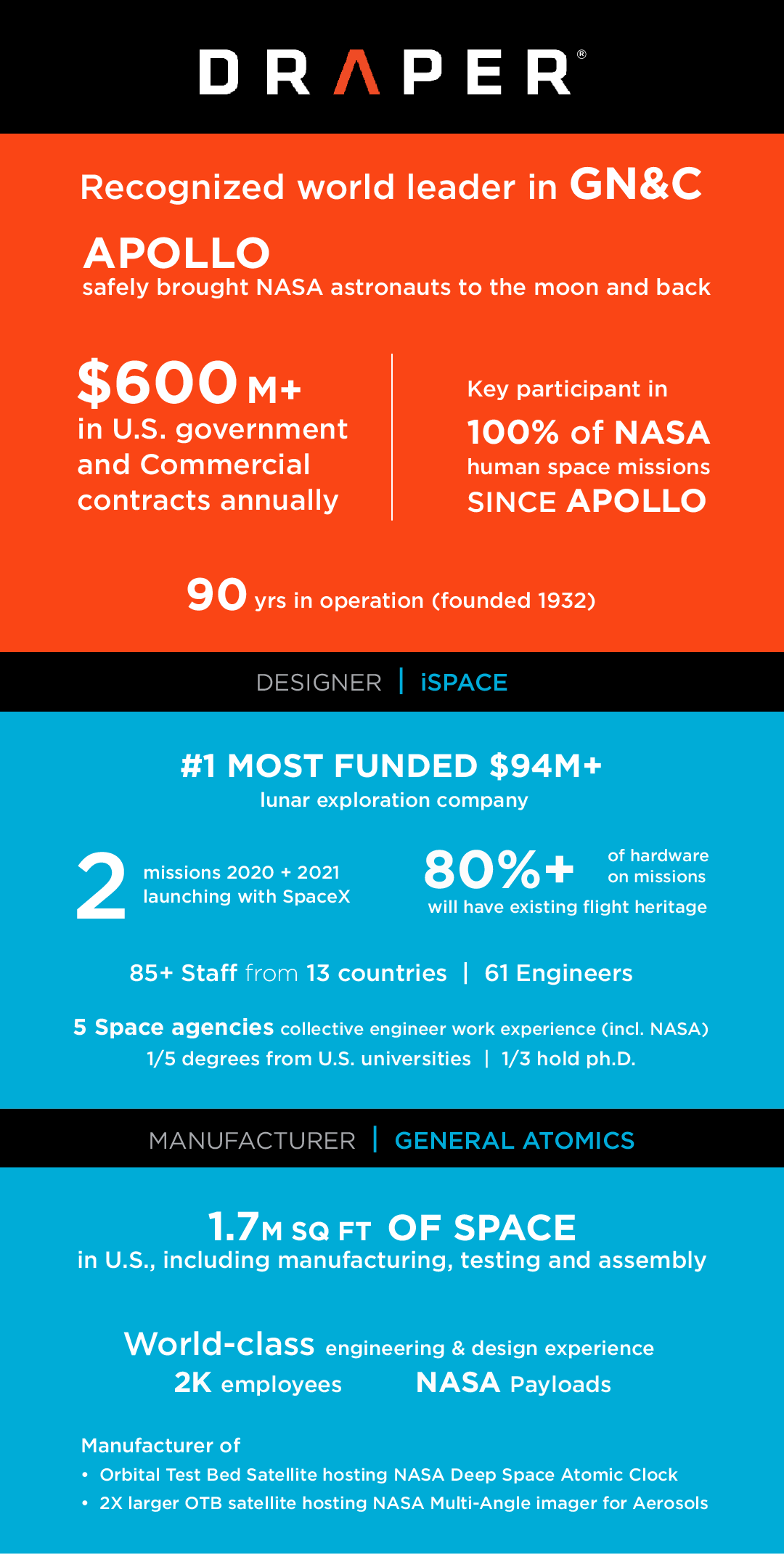 NASA Administrator Jim Bridenstine. “The innovation of America’s aerospace companies, wedded with our big goals in science and human exploration, are going to help us achieve amazing things on the Moon and feed forward to Mars.”

The Draper team’s uncrewed lander will compete for missions to complete sample collection and return, demonstrate the use of in-space resources, and reduce risk for the production of human landers. These missions pave the way for a human return to the moon, as well as enable human exploration of Mars and beyond.