When the U.S. Navy designated Draper as the prime contractor for the Trident II submarine-launched missile guidance system upgrade (MARK 6 MOD 1), the mandate of the program was to maintain demonstrated performance while offering affordable life-cycle costs.

In designing a navigation system, Draper engineers knew that a solid-state gyroscope had the potential to reduce production and sustainment costs – therefore less costly over time – than the mechanical one in use. No commercially available solid-state gyro could deliver the performance needed for strategic defense systems, and the process of designing, testing and then redesigning multiple prototypes is time-consuming and expensive. 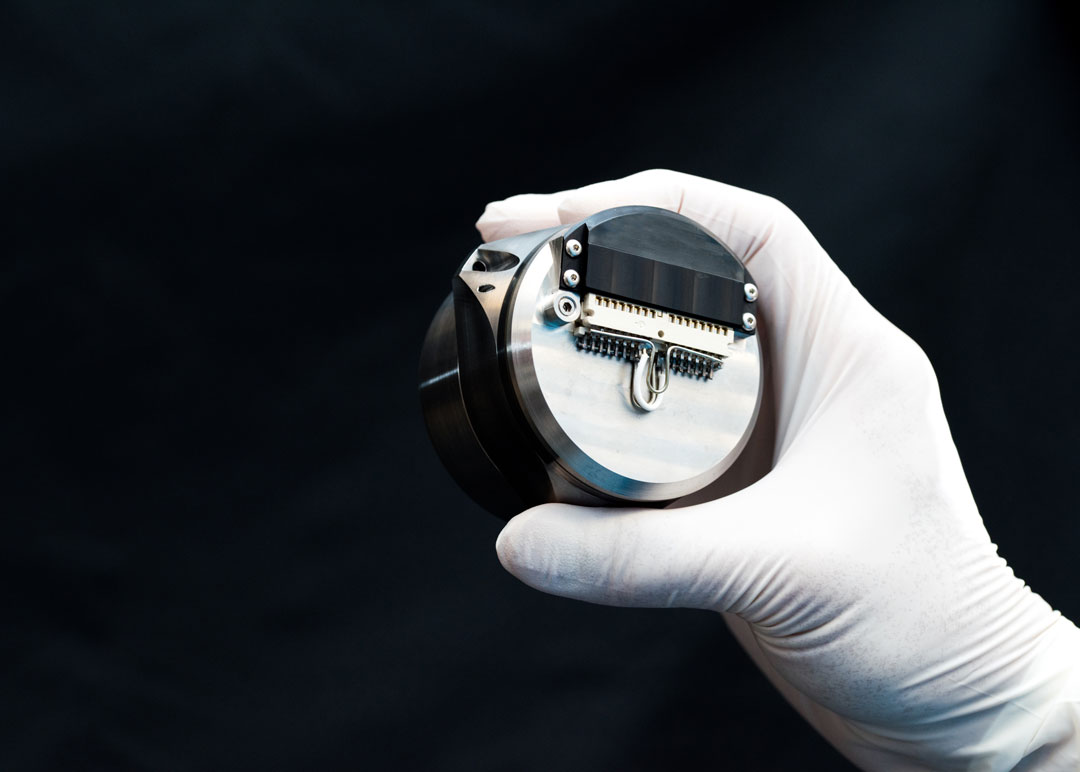 Design of the complete guidance system proceeded unhindered using a modular architecture while candidate gyro technologies matured, allowing postponement of final gyro design selection until later in the guidance system design schedule. The Draper team compared three options: the spinning mass gyro already deployed in the MK6, and two solid-state options under development. Ultimately the Draper team decided to replace the original mechanical gyro with the interferometric fiber-optic gyro (IFOG). Draper’s solution leveraged high-fidelity computer modeling and simulation to complete much of the design, testing and validation in virtual space. Using modular design and model-based engineering (MBE), Draper engineers were able to test simultaneously how each candidate gyroscope would affect the overall performance, stability and cost of the system − before having to build prototypes.

The IFOG technology capitalizes on the fiber-optics developed by the telecom industry in the ‘80s, in which light beams travel through plastic or glass cables. Based on the Sagnac effect, the gyroscope measures the difference in the time it takes light beams injected into the same fiber, but in opposite directions, to meet. The beam traveling against the rotation experiences a slightly shorter path delay than the beam traveling in the direction of the rotation. The resulting differential phase shift, measured through interferometry, senses changes in orientation.

Draper’s challenge was to make the IFOG small, accurate and tough enough for strategic-grade use. To design an IFOG to meet strategic performance demands, Draper engineers applied theory and addressed material effects phenomena in optical components not encountered in commercial use, scaling optical fibers to diameters thinner than a human hair and coiling them for lengths of up to several kilometers. The resulting unit is smaller than a baseball but more accurate than any gyroscope commercially available.

Two versions of the IFOG were eventually chosen for the weapon system’s subsystems: one as a component of the Inertial Measurement Unit of the MK6 MOD 1 missile guidance system, and another for the Trident submarine navigation system. Both gyros meet the demands required of strategic defense systems. The solid-state design requires little maintenance and is less vulnerable to the effects of intense heat, shock, vibration and radiation of missile launch and flight than the earlier mechanical gyroscope.

Draper’s IFOG solutions are now being deployed aboard U.S. Navy nuclear submarines. They are suitable for other missile or missile intercept systems, including SLBMs and ICBMs. In the future they also may be useful for air, water and space navigation systems, smart munitions and small-to-medium-range interceptors.