Strategic inertial guidance components like those used in Trident II ballistic missiles must be able to withstand not only the mechanical and thermal shock of vibration through boost stages, but an environment of potentially numerous bursts of high-energy ionizing radiation generated by a nuclear blast.

Radiation-hardened (rad-hard) design is a very specialized discipline, and availability of that skill set is limited. Components must be rad-hard either by design or by modifying commercial technology to survive these extreme conditions. Materials, inertial sensors and electronics — including computers, gyroscopes, accelerometers, application-specific integrated circuits and their associated memories and other components — must be able to withstand and recover quickly from the effects of radiation.

Draper’s mandate for the MARK 6 MOD 1 upgrade was to contain costs while maintaining the demonstrated performance of the existing Trident II missile guidance system. Draper engineers were able to meet those goals — including radiation hardening — by replacing obsolete components with adapted commercial hardware. Using materials engineering expertise and processes, along with innovations in fabrication, Draper developed rad-hard components by modifying, advancing and maturing a wide range of commercial materials, integrated circuits and devices that encompass multiple component disciplines 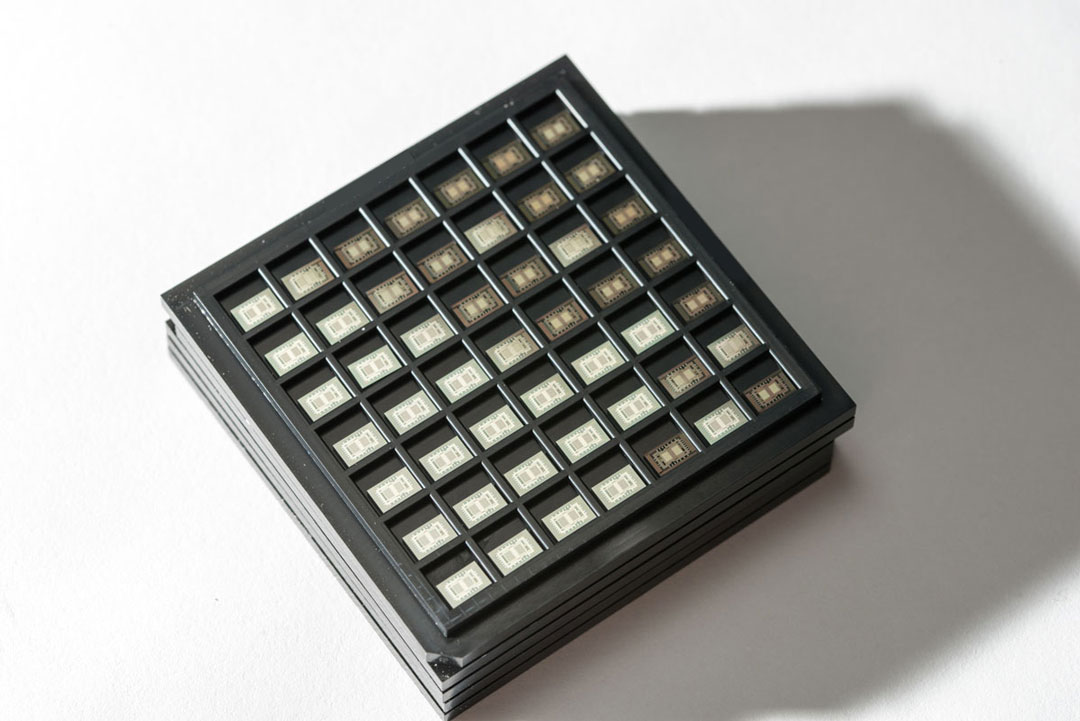 For example, magnetoresistive random access memory, or MRAM, was adapted from commercial beginnings in the semiconductor industry, building on the random access memory (RAM) used in everyday computers. The analog circuit designs used in RAM become scrambled when exposed to high levels of radiation, but by storing data using magnets instead of electrical charges, Draper has been able to maintain stability through even the most extreme radiation burst. In addition, nuclear event detectors located next to the rad-hardened MRAM have been adapted to shut down all the digital electronics for a millisecond — long enough to prevent bad writes and allow the effects of radiation on the digital electronics to subside.

Another rad-hard adaptation is the IFOG (interferometric fiber optic gyroscope), based on technology commonly available in telecommunications. The solid-state IFOG senses change in orientation by measuring the rotation rate of light traveling in fiber optic coils. In making the IFOG strategic-grade, Draper pushed the envelope for fiber-optic performance levels, using material effects and construction details to give practical application to what previously had been only theoretical approaches.

Rad-hard parts are also needed to withstand solar radiation, and Draper is combining its extensive experience and innovation of technologies and expertise developed through the MK 6 MOD 1 program to future space programs, as well as missile defense and conventional missile reentry environments.