If unfriendly entities successfully conduct electronic attacks on radio transmissions between vehicles and controllers in small unmanned aerial systems (SUAS), the vehicles could be commandeered or rendered ineffective – endangering personnel and operations. Before Draper’s efforts, technology and equipment for secure communications that pass DoD and National Security Agency (NSA) certification were too large and power-hungry for SUASs, leaving these critical systems vulnerable to data intercept and spoofing.

SmDDL is uniquely a “disposable” cryptographic module. It uses low-cost off-the-shelf components and public encryption algorithms, yet conforms to rigorous NSA security requirements to protect against data interception and hacking. NSA Type-1 certified for “Secret and Below,” SmDDL features a network architecture and low-latency time division multiple-access waveform, all implemented in a miniature SDR platform. It supports multifrequency operations, enabling the operator to select a frequency appropriate to the mission and compatible with the prevailing spectrum policy in the area of operations. SmDDL can provide interoperability among systems, including SUASs, ground robots, weapon systems, their operators and end users of data.

Past encryption systems were built using government-regulated Application Specific Encryption ICs; only cleared personnel could operate them. A lost device could result in a safety risk if warfighters had to retrieve it—or a national security incident if they couldn’t. SmDDL is "disposable" in that it can be lost without fear of it being reverse engineered, and its design requires no special clearance or configuration to use the security features. From the operator's point of view, the system is inherently and transparently secure. 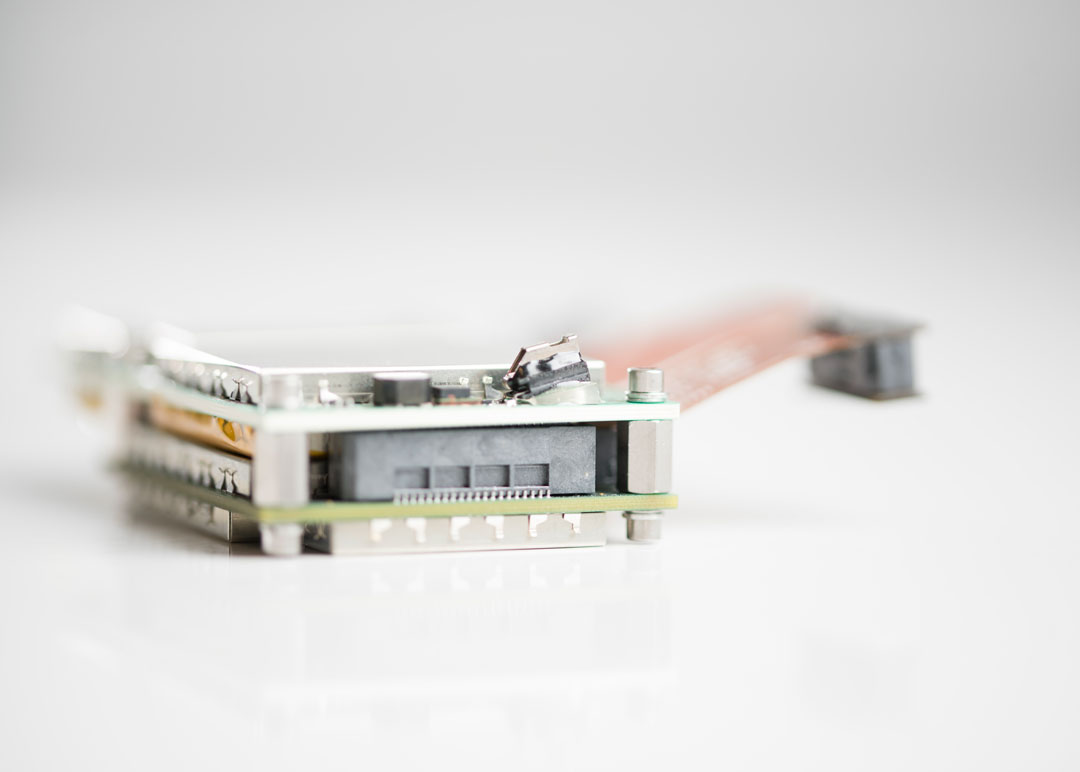 SmDDL’s development was funded by the Air Force Research Laboratory, Eglin Air Force Base; the United States Air Force Electronic Systems Center Cryptologic and Cyber Systems Division, Lackland Air Force Base; and the U.S. Army Aviation and Missile Research, Development and Engineering Center. Drawing on its expertise in sensors, secure and assured systems, microsystems and fault-tolerant systems, Draper led the specification, design, development and NSA certification of SmDDL, with the objective of using SmDDL as a component of the Lethal Miniature Aerial Munition System for the Close Combat Weapon Systems Project Office. Draper is actively working to advance manufacturing readiness of SmDDL for broad applicability across DoD.

The encryption and authentication approach used in SmDDL can benefit a number of other applications requiring protection from intercept and spoofing, including embedded medical devices, robotic platforms, seismic sensors, the energy grid or other networked applications that fall under “the internet of things.” Because Draper can include encrypted security as part of the design, it becomes an integrated facet of the whole system – creating more reliable security from the start.