Undetected genetically modified organisms (GMOs) can threaten national security, public health and the economy, but current methods for identifying the signs of genetic engineering are costly and slow. Most focus on only a subset of possible genetic modifications—omitting key information and genetic context.

Draper addressed the need for genetic context as part of FELIX, or the “Finding Engineering-Linked Indicators” program. Funded by the Intelligence Advanced Research Projects Activity (IARPA), the FELIX program sought to develop technology for rapid, accurate and cost-effective detection of GMOs. 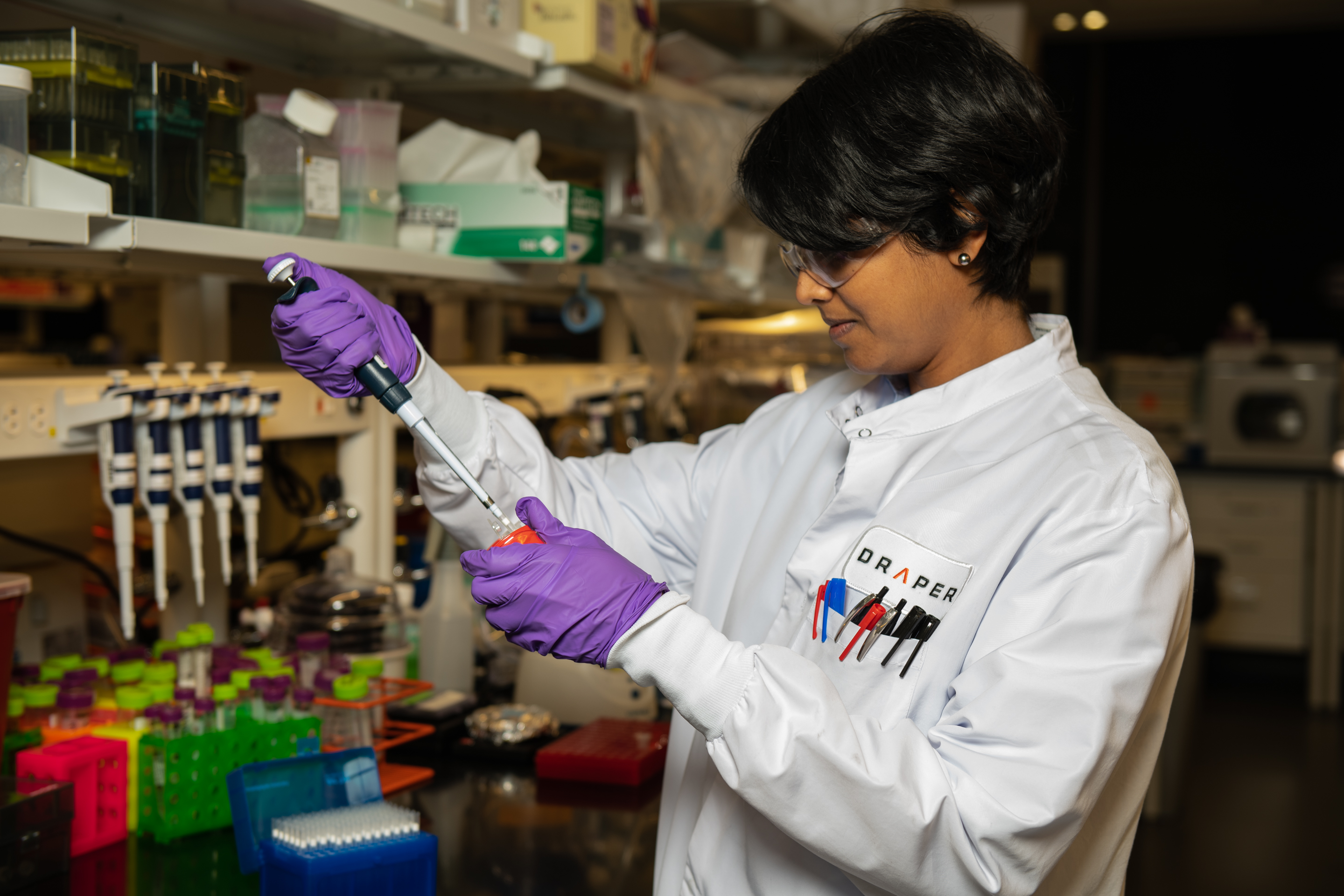 Similar in size to a postage stamp, our technology can detect genetic engineering in any biological organism and can analyze samples from complex, multi-species environments. In addition to demonstrating dramatically better signal-to-noise ratio than existing methods, the Draper-developed computational pipeline enables analysis and interpretation of genetically engineered regions from next-generation sequencing data.

The hardware allows the sample to be preserved, enabling multiple rounds of genetic tests.

Faster Sequencing and Built-in Tolerance for Near Matches

This genetic context is critical to our ability to confirm the presence of a GMO—revealing not just the presence of a particular organism, but whether its genetic signature appeared within its own DNA or that of another organism. Built-in tolerances in our device/technology allow us to identify nonidentical matches, which means the device can detect novel genetic modifications and GMOs whose presence was not initially suspected.

With rapid, accurate results, users can spot potential threats earlier and respond more effectively—ultimately safeguarding environmental, agricultural and human health. Efforts are underway to make the technology extensible to a variety of problems.

Draper to Build on its Biosecurity Tool Development for IARPA